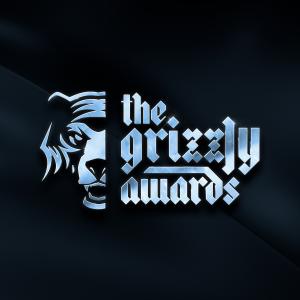 Voting is open now through February 6.

We’re keeping logistics simple this year to focus on what matters most: the music and the mission.”
— Mary Nikkel on behalf of The Grizzly Awards
COLORADO SPRINGS, CO, UNITED STATES, January 23, 2023 /EINPresswire.com/ -- Voting has launched for the 4th annual The Grizzly Awards, celebrating faith-based rock and metal. Fans can cast their votes at https://rockon.ink/VoteGrizzlies until February 6.

This year, fans are invited to cast one ballot, which they can edit at any time until voting closes. The categories have been pared back to focus on the single unifying factor that joins musicians, industry professionals, and fans: the music and its purpose.

“As we continue to navigate the challenges of stewarding the Grizzlies vision, we’re constantly innovating to do so in a way that’s responsible with our resources,” offers The Grizzly Awards team, which includes Mary Nikkel, Joel Burris, Cindy Blankenship and Trevor Tyson. “Like the artists we celebrate, we’re committed to being agile. That means that we’re keeping logistics simple this year to focus on what matters most: the music and the mission.”

Fans can vote in 10 categories, with an additional write-in category meant to honor individual band members. You can see all nominees listed below.

The Grizzly Awards is fan-powered in more than just the votes: as a not-for-profit entity, The Grizzlies depend entirely on fan donations in order to produce the event and supply artists with awards. Donations can be made through PayPal to thegrizzlyawards@gmail.com, or Venmo to @Mary-Nikkel. All donations of $50 or above will get a limited edition Grizzlies poster.

Business sponsorships are also available upon request. You can email thegrizzlyawards@gmail.com to learn more.

The winners of the awards will be determined through a combination of fan votes and the votes of a specialized industry panel of experts. Results will be announced in a livestream within the next few months.

Rock Album of the Year
1. Apophysitis by Fight the Fade
2. Death by Admiration by Seventh Day Slumber
3. Dominion by Skillet
4. Break The Silence by Love Like Gravity
5. No Surrender by Behold the Beloved
6. Soul Surgery by Nate Parrish
7. Nazirites by Chaotic Resemblance
8. The Final Battle by Stryper

Metal Album of the Year
1. The Hell We Create by Fit For a King
2. Amidst the Hallowed and the Vanquished by Diamonds to Dust
3. Children of the Great Extinction by Becoming the Archetype
4. Eulogies by Wolves At The Gate
5. EXILE by Demon Hunter
6. The Woods Will End You by Brotality
7. Pain Split by Please the Widow’s Cause
8. Punishing Myself Before God Does by Confessions of a Traitor

Rock Song of the Year
1. “Words of Fire” by Kutless
2. “Dear God” by Matt Sassano
3. “Black Knight” by Saved by Skarlet
4. “Halos” by Seventh Day Slumber
5. “Devil’s In the Details” by Love Like Gravity
6. “Ashes to Ashes” by Stryper
7. “Remnant” by Ignescent
8. “My Chaos” by Relentless Flood

Metal Song of the Year
1. “Medicated” by Amongst the Giants
2. “Stigmata” by Convictions
3. “The Lost Colony” by Becoming the Archetype
4. “Make Believe” by Memphis May Fire
5. “Metatropolis” by Project 86
6. “Burn the Witches” by Maylene and the Sons of Disaster
7. “Creed of Blasphemy” by Diamonds to Dust
8. “Peace That Starts the War” by Wolves At the Gate

Alt Rock Song of the Year
1. “God Knows” by Nate Parrish
2. “Bottom of the Barrel” by Rusty Shipp
3. “Empress in Exile” by Remedy Drive
4. “Cozy Town” by Stonewall Static
5. “I Don’t Wanna Live Like This” by Gable Price and Friends
6. “Wendy Darling” by Tyson Motsenbocker
7. “Keep the Faith” by Fuel4Soul
8. “Circles” by Anberlin

Electronic Rock Single of the Year
1. “I’ll Carry You” by Stephen Stanley and Tommee Profitt
2. “Adrift” by David Pataconi
3. “Fight” by Reclaimers
4. “Under Winter Stars” by Angel Machine
5. “Not Dead” by Amongst Wolves

Collaboration Song of the Year
1. “Ancestry” by August Burns Red
2. “Ruins” by BTA
3. “Sorry is a Dirty Word” by Matt Sassano and Azariah
4. “Die for Something” by Zahna
5. “Amen to That” by Trampolines and Kevin Young
6. “Chasm” by Then it Ends
7. “End of the World” by Kutless feat Kevin Young
8. “Silence the World” by Demon Hunter feat.Tom S. Englund

Braveheart (Faith Forward) Song of the Year
1. “Master” by Demon Hunter
2. “Creed” by Holyname
3. “Unleavened” by Collapse//Revive
4. “Fairest Jesus” by Chaotic Resemblance
5. “He’s Coming” by Les Carlsen
6. “Psalm of the Depths” by Bloodlines
7. “Ashes to Ashes” by Stryper
8. “Come Alive” by Honor & Glory