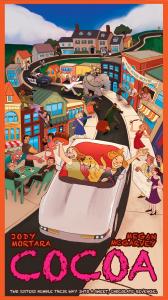 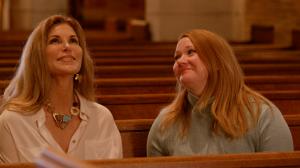 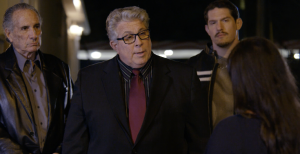 Carmine Frangiolini and his Crew

From Goodfellas To A City Wide Chase, This Chocolate Fueled Revenge Has A Flavor For Everyone's Taste

It's A Masterpiece, It's got so many subconscious layers to it, that you can't stop thinking about it!”
— David The Memory Guy
LOS ANGELES, CALIFORNIA, UNITED STATES, January 24, 2023 /EINPresswire.com/ -- Imagine a world where a chocolate cake can make anyone lose weight. Well, come take a ride in this wacky comedic world of Faith Appletree (Jody Mortara) and Hope Johnson (Megan McGarvey) as these two contentious sisters bumble their way into a sweet chocolate revenge. Jody Mortara wrote “Cocoa” then teamed up with film-maker Joe Gawalis where they co-directed this chocolate covered caper bringing it to life.

Fear not gentlemen, this female driven, family friendly comedy hasn’t forgotten about you! Tony Cucci and Artie Pasquale, from the “Soprano’s” TV show fame round out this chaotic escapade surrounded by a band of screwball characters.

Looking for a deeper meaning in films? In this edge-of-your-seat comedy, these sisters actually discover the meaning of life. Navigating through all the twists and turns of this adventure, they realize that hope and a love for God is what really matters.

Filmed primarily miles away from New York City in the beautiful landscape of Morristown, N.J., wonderful locations, such as the spectacular St. Peter’s church, where head preacher Ann Thatcher landed a supporting role as Margaret Chapman.

The takeaway? “Cocoa” is one funny, chocolate filled adventure that can be enjoyed anytime, by anyone. “Cocoa” invites people to use their gray matter to connect the dots of each character and story line that will ultimately culminate in an unexpected yet fulfilling ending.