Study reveals 75% of college-aged single Latines are more careful how they are spending their money and 66% of respondents are worried they might not have access to reproductive services in the future.

DALLAS, Jan. 24, 2023 /PRNewswire/ -- Chispa, the #1 dating app made for US Latinx, released the results of its first-ever study of Hispanics in college, conducted in Q3 and Q4 2022 in partnership with Dr. Jake Beniflah, the founder of The Center for Multicultural Science, a non-partisan think tank focused on multicultural marketing. From the impacts of inflation on dating to reproductive rights, this study highlights the issues that affect Hispanic Gen Zs and gives a look towards the future by the Latine community. 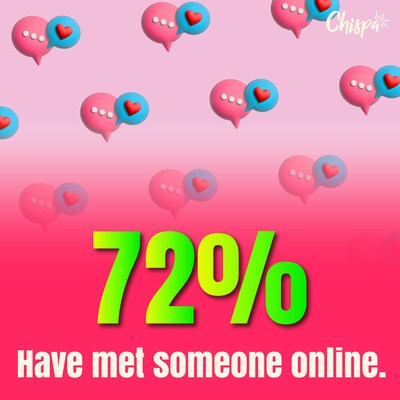 For over 10 years, Match Group has conducted Singles In America, the nation's largest and most comprehensive annual scientific study on single adults. Part of the Match Group family of brands, Chispa has, for the first time ever, taken a deep look at the Latin Gen Z population, with a specific emphasis on college-aged singles because of their rapid growth and impact on cultural trends. Latinos make up a growing share of all students enrolled at postsecondary institutions. In 1980, Latinos accounted for just 4% of enrollment; by 2020, Latinos accounted for one-fifth of all postsecondary students. College enrollment rates for Hispanics 18-24 grew from 34% to 36% between 2010 and 2020, being the only race/ethnic cohort that experienced growth during this period. While total enrollment rates decreased, enrollment rates for both Hispanic male and females increased. More than 400 Hispanics in college — some actively dating and some not — were asked about their views on the issues of the day.

"With the Latinx in College study, we are giving visibility to a whole new generation of US Latines who are challenging a variety of preconceived notions related to this community," said Julia Estacolchic, Sr. Director, Brand Marketing for Chispa. "Hispanic Gen Zs are leading the way, reinventing the Latine community in response to the rapid changes taking place in US society. We are confident Latinx in College will grow to become a knowledge center and catalyst, relevant not only to the Hispanic segment but to the larger community."

Inflation and the impact on Gen Z dating and spending: Latinx college students are feeling the weight of rising costs, with mental health and inflation being the top sources of stress for Hispanic Gen Z college students, followed by jobs and careers, education, debt, and relationships. 75% of respondents said they are now more careful in how they spend their money. 69% stated that they are now cooking dinners more often at home. More than half of all Hispanic Gen Z college students have postponed going on a vacation and almost half have postponed purchasing or leasing a car.

Direction of country and uncertainty about the future: Only one in two Hispanic Gen Z college students believe that their future will be better than their parents'. 72% of Hispanic Gen Zs are unsure about the direction of the country, and 68% of female respondents feel the country is regressing back to the 1950s due to the recent repeal of Roe v. Wade.

Advocacy and reproductive rights: As a result of the repeal of Roe v. Wade, 35% of dating-app users say they are having less casual sex and roughly one in four Hispanic Gen Z say they changed their methods of contraception.  Interestingly, more than 75% of Hispanic Gen Z female college students say they would consider working for a company that supports women's freedoms over one that does not, while 66% are worried that they may not have access to reproductive services in the future.

"The Latinx in College study serves as a window into the lives of US Latine college students, uncovering key insights that impact one of the fastest-growing segments of the population," said Dr. Jake Beniflah, Executive Director of The Center for Multicultural Science. "One of the most interesting findings is the extent to which Gen Z Hispanics are socially progressive and willing to challenge traditional values and norms. This will impact the way brands have traditionally viewed this cohort moving forward."

Chispa is the largest dating app made for US Latinos, with over 7 million downloads and the goal of helping Latinos create new connections with singles from similar backgrounds, cultures, and communities. Chispa is a Match Affinity dating app created in 2017 by Match Group (NASDAQ: MTCH), a leading provider of dating products designed to increase users' likelihood of finding a meaningful connection, like Tinder, Match, Hinge, OkCupid, and more. The Chispa app is available on the iOS App Store and Google Play, both in English and Spanish. For more information visit www.chispa-app.com and follow @ChispaApp on TikTok, Facebook, Twitter, and Instagram.

About The Center for Multicultural Science

Founded in 2010, The Center for Multicultural Science is a leading non-profit, non-partisan, multicultural marketing research think tank and talent accelerator for underrepresented students in Los Angeles. Its vision is to challenge the status quo and help corporate America prepare for a multicultural America through research and data science. 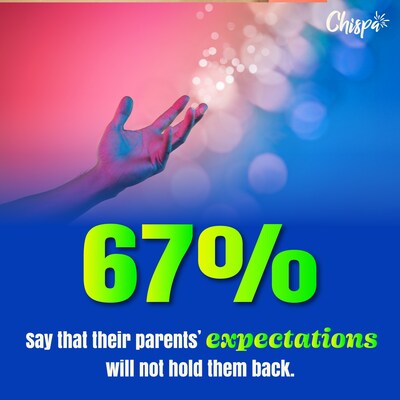 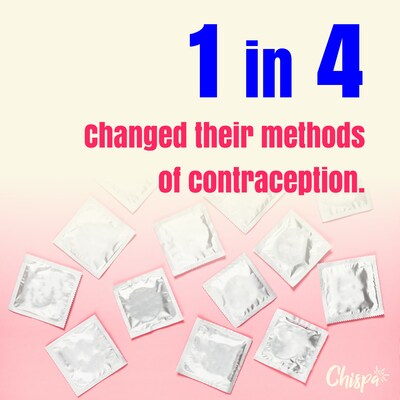 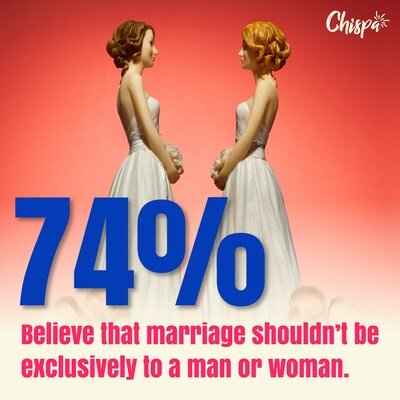