NEW YORK, Sept. 20, 2022 /PRNewswire/ -- Ahead of the midterm elections, Supermajority and Argent announce the launch of the Voting Suits You campaign on National Voter Registration Day (September 20) to inspire and encourage women to embrace their political power, suit up, and register to vote this November. With support from When We All Vote, the nationwide voter education campaign will kick off with a pop-up store in New York City (27 Mercer Street, Soho) featuring the return of the iconic bright pink suit that sold out within 24 hours in 2020.

The partnership between the women's workwear brand and the national women's equality organization, which launched during the historic 2020 election, is a celebration of the influence and power of women's civic engagement and leadership. In the face of severe roll backs to abortion access, the freedom to vote, and more, the Voting Suits You campaign will educate and mobilize women to make a plan and pledge to vote this election.

"Women are the largest voting bloc in the country — when we vote together, we are unstoppable," said Amanda Brown Lierman, Executive Director at Supermajority. "We want the world to know that women are organizing, women are marching, and women are voting. We know that our vote is one of the most important tools we have to shift the tide toward progress on issues from health care and paid leave to climate change and the economy. Voting is our superpower, and this November we are suiting up and bringing every woman we know with us to the polls."

The Voting Suits You campaign will launch with a pink pop-up store in New York City (27 Mercer Street, Soho) where visitors can browse the full collection of merchandise for sale, take action at voter registration and education stations, and get the opportunity to celebrate women's power. The pop-up will be open from Tuesday, Sept. 20 through Monday, Sept. 26.

"When we turn to another woman and say 'voting suits you,' we are celebrating women recognizing and reclaiming their right to take up space, to unapologetically speak loudly and proudly about the issues they care about," said Sali Christeson, Founder and CEO of Argent. "That's what Argent has always celebrated and it's why we created a bold, joyous pink suit. But this is more than just a suit: It's a statement and a symbol of what it looks like when women across generations, identity, and geography stand in their power and vote together."

As part of the campaign, Argent announced that the pink suit, which sold out in 2020, will be a permanent item of the women's workwear brand. The Voting Suits You collection will feature a new pink blouse ($145), pink blazer ($295), and pink trousers ($195)— all also available at argentwork.com/supermajority. Proceeds from the sale of the suit will benefit Supermajority's voter education efforts. To pledge to vote, visit womenarevoting.com.

About Argent
Entrepreneur and unapologetic power dresser Sali Christeson is founder and CEO of Argent, the NY-based venture-backed brand that is redefining workwear for modern women. A business major with an MBA from the University of South Carolina, Christeson spent a decade in the Bay Area's finance and technology scene, where she struggled to find clothes that were bold, practical and professional. After reading hard statistics that women in the workplace are judged on appearance, with a tangible impact on their careers over time, Sali set about tackling the workwear-joy gap, and Argent was born.

About Supermajority
Supermajority is a women's equality organization, made up of women of all backgrounds, races, and ages who are coming together to create a future where we are truly equal. Supermajority is connecting women with each other, and building on our collective power by providing the information, training, and resources to take action in our neighborhoods, our workplaces, and in the voting booth. This fall, Supermajority will be running the largest women-powered voter contact effort in which we will activate, educate, and ignite women's political power. 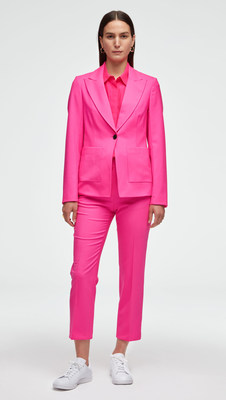